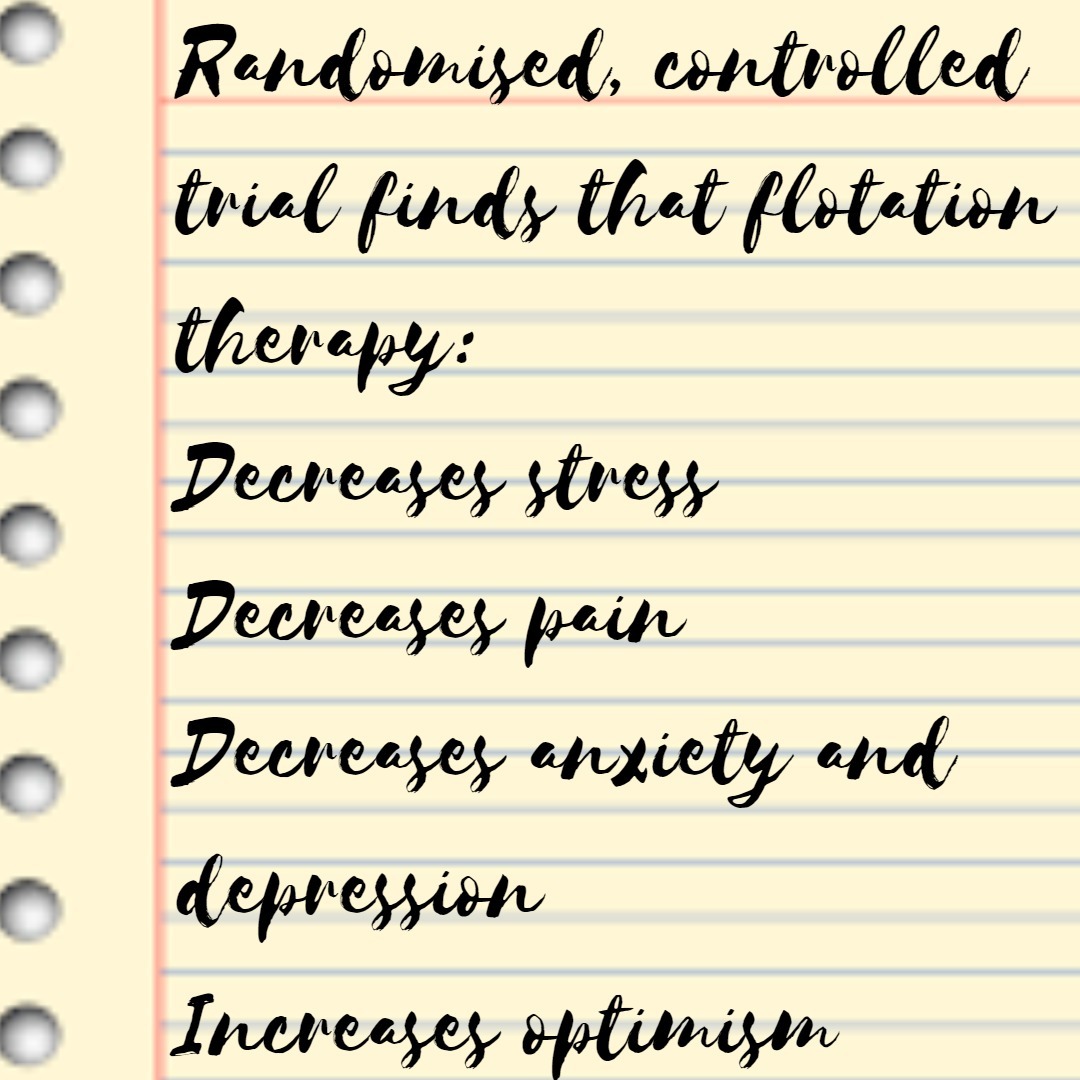 Posted by floatcornwall on September 1, 2018 | Featured | No Comments

Beneficial effects of treatment with sensory isolation in flotation-tank as a preventive health-care intervention – a randomized controlled pilot trial (2014.)  Kjellgre, A & Westman, J

This recent study is one of the best I’ve read so far on flotation therapy. It hits the gold standard of being both both randomised and controlled; this makes the results far more likely to be correct.  It is also one of the first studies that uses a fairly big sample size; 65 participants… all good so far.

These participants were either put in a group which received 12 sessions of flotation therapy over 7 weeks or were assigned to to waiting list control group.

A self-estimation instrument regarding an individual’s energy and stress experience was used to measure the effectiveness of flotation therapy.

The flotation tank showed improvement in every area that the participates were measured in. The main findings were:

In addition, it was found that the dimensions of mindfulness and altered states of consciousness, at least to some extent, seemed to be overlapping constructs (interesting!)

The results are not only positive but also, in the authors own words; “The effect-size showed a large effect, and therefor probably indicating a beneficial effect of real importance.”

Surely you’ve got to be sold on it by now folks?