Small Study Finds That Flotation “Has an Electrophysiological Signature Comparable to That of Induced Relaxation… but With a More Rapid Onset.” 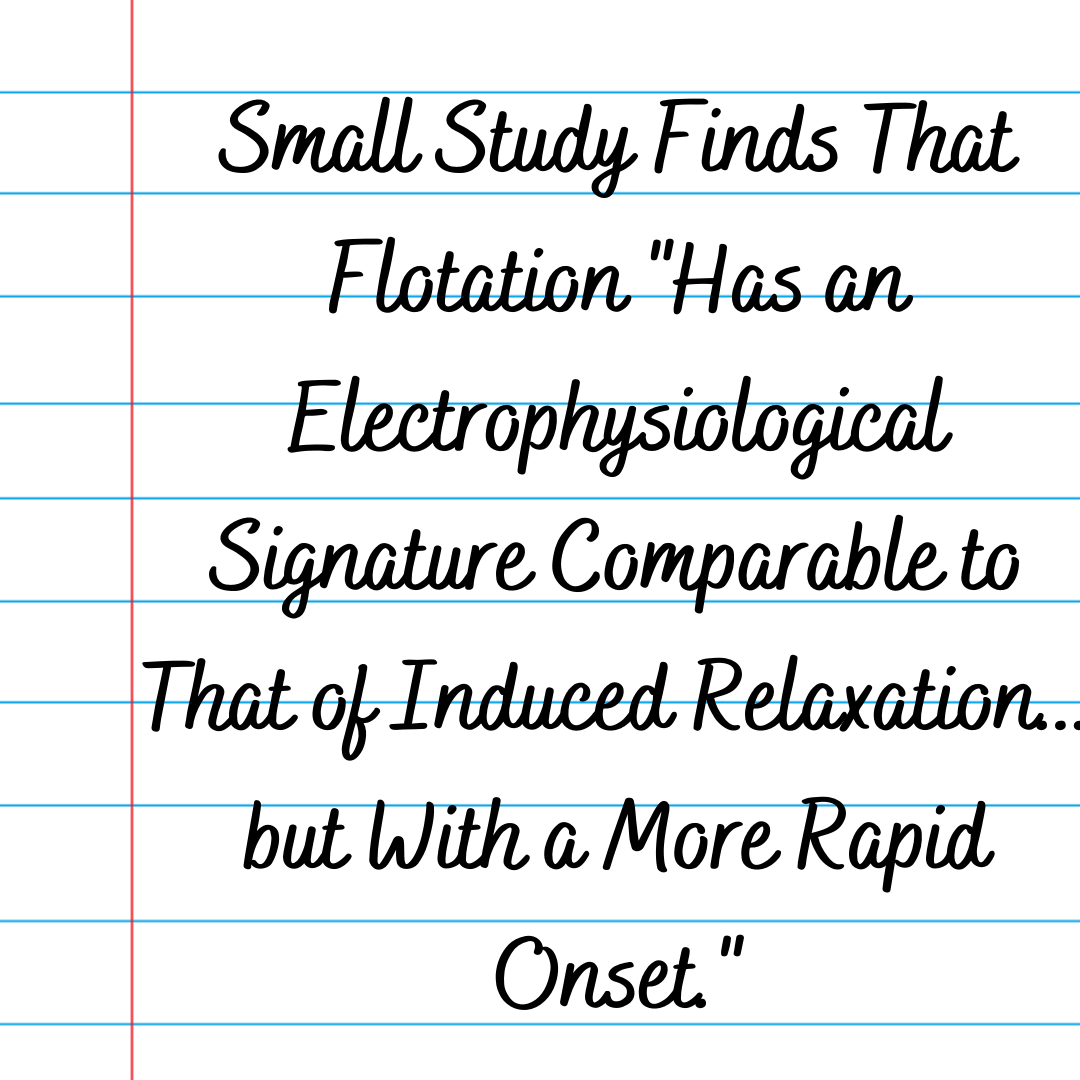 Posted by floatcornwall on February 25, 2021 | Featured | No Comments

In this very small scale study, 1 participate undertook 22 X 1 hour float sessions. For all 22 floats, he scored his mood both pre and post float. Also, during 2 of these floats (in case you’re interested, float 14 and 16,) he also got himself hooked up to an EEG machine (a machine that essentially measures brain waves) and used the data from this to calculate a “Bispectral Index” score which measures level or depth of sleep.

So, as for his mood, unsurprisingly (to us floaters,) it improved quite a lot – from a mean score of 6.5 pre float to 10 post float. Essentially, he felt a lot happier after floating – don’t we all?

In terms of measuring his depth of sleep, the study found that he mostly hung out in stage 1 sleep and what the authors call “induced relaxation.” The authors don’t state exactly what this state is or what it involves but I would deduce that it is a certain pattern of brain waves comparable to those seen in subjects undergoing relaxation exercises. They found that there was an obvious decrease in beta waves (our usual “think, think, think” brain,) and an increase in delta (wakeful resting) and theta (more meditative) waves.

Also, of note, the study found that this “induced relaxation” state had a more rapid onset than with other exercises, essentially, it starts working more quickly.

I do have to mention that this study only had 1 participate, a major flaw. And, that one participant was one of the authors of the study which could lend itself to major bias. But, none the less the study did find that the use of flotation tanks is a quick and easy way to relax.